So This Is Christmas

25th December every year is celebrated as the birth of Lord Jesus Christ, and we call this event CHRISTMAS. Christmas time is a happy time, a joyful time, a hopeful time full of Love. The birth of our saviour is celebrated world over singing carols, decorating homes and neighbourhoods, exchanging gifts, dining with loved ones, reaching out to less fortunate ones and partying of course. Sending a Christmas card and paying a visit to loved ones also carries a message of love.

Just for a reflection to understand better and truly appreciate the significance of Christmas today, let’s consider some points related to Christmas:

The Paradise was intended by God for us humans to live with Him, so He created the Garden of Eden. Sin is the offence against God that made us humans lose the paradise for which He expelled Adam and Eve from the garden, but He did not destroy the paradise but is waiting for our worthy return.

A Messiah, understood by the early Jews as an anointed one of God who will come to usher in an era where all people of earth will live together harmoniously and righteously. In Genesis 22:18 we are told that through Abraham’s offspring “all nations on earth will be blessed.” Christians believe Jesus is the fulfilment of this promise.

The Messianic Age is the time when the Messiah will bring us back to the kind of world that God originally intended. This time is described by a number of the prophets, and further references to the Messiah can also be found in the book of Psalms. These references mostly refer to the future birth of the Messiah – which we Christians recognize to be Christmas! 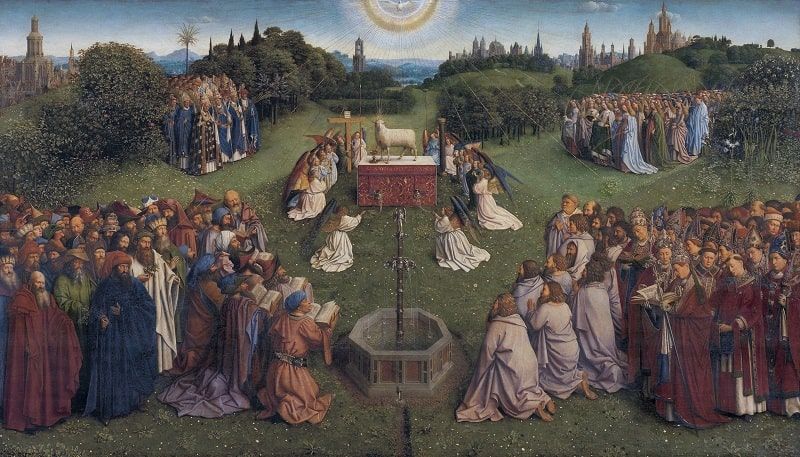 Immanuel - God among us. Isaiah 7:14 tells us that He was born from a virgin: “Therefore the Lord himself will give you a sign: The virgin will be with child and will give birth to a son, and you will call him Immanuel.” The name Immanuel means “God with us” and indicates the divinity of Jesus.

Although the Bible does not specifically focus on this aspect, we can reflect the dual setting in which Jesus was born. Political and Economical. (I am keeping aside the Socio-cultural aspect for the sake of brevity)

Micah 5:2 gives us the idea that He was born into the tribe of Judah in the region of Ephrathah, in the town of Bethlehem. Historically, we know that Jesus of Nazareth was born and lived in the period of harsh political turmoil in Israel. As reported by Peter Wollen (Was Christ a collaborator? 22 December 1971), in 63 BC Palestine was conquered by a Roman army, led by Pompey, and made part of the Roman province of Syria. Pompey, accompanied by his military staff, strode into the Holy of Holies of the Jerusalem Temple, which had been defended by its priests after the reigning king had opened the gates of the city to the invaders. From that moment on, until the final showdown 133 years later in 70 AD, the history of Palestine is mainly a history of Jewish resistance to Roman rule. It was a hopeless resistance which took place during a time which fundamentally was one of Roman expansion. 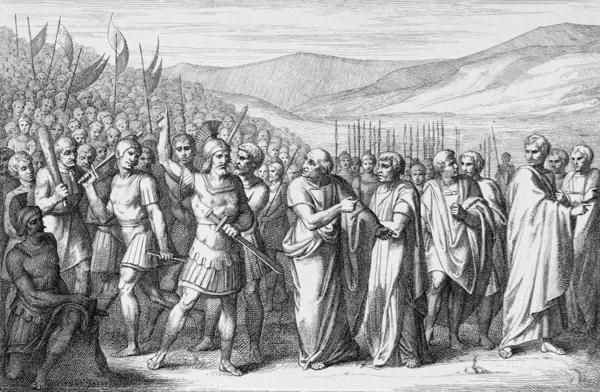 Palestine, being a buffer zone between Roman and Parthian empire, did rise in uprising with Parthian support only to be subdued again in 37 BC with the rise of young Herod groomed by the Romans. The Palestine or Judea ruled by Herod was a non-homogenous mixture of peoples. There were Jews and Samaritans, both of these excluded each other. In the towns there were a number of Greeks and Hellenized Syrians or Phoenicians, who had first come in the wake of Alexander’s armies and now identified with the Romans. Herod had encouraged further immigration of Greeks and had built a number of new towns for them, where nationalistic and pious Jews would not live in because it was dominated by irreligious monuments, such as a theatre and a racetrack. This divided country, was split by national and religious differences. 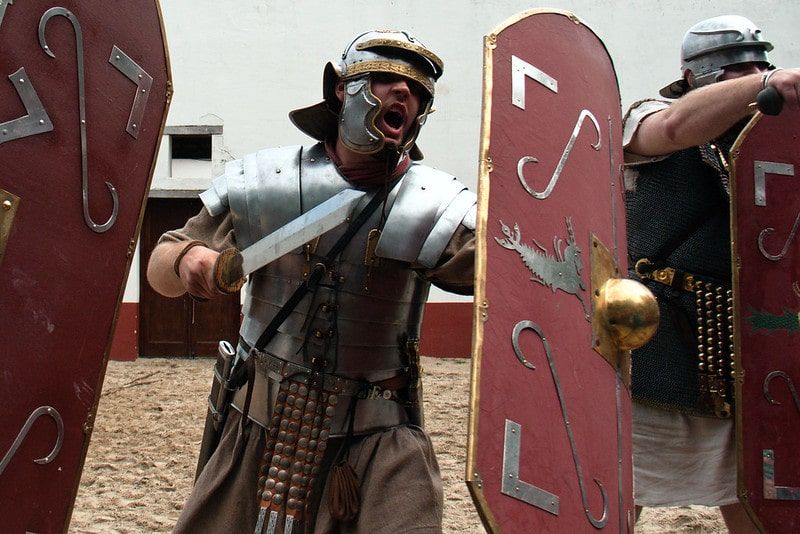 At that time, the economic situation of the nation was influenced by the imperialists' taxation. The Romans normally did not tax its citizens, rather they squeezed the subject people (the Jews). The system was laid down officially and then the actual tax-collection was left to private enterprise, on something like a tender basis. Roman troops backed up the tax-collectors. Naturally tax-collectors were regarded as collaborators with the Romans and there were frequent attempts to sabotage the system and boycott it even by widespread resistance and armed struggle right during the childhood of Jesus. The Pharisees resisted the Sadducees, who were the high class people who sided with the Romans. Zealots too fought against this taxation. Galilee was a focus of the revolt. 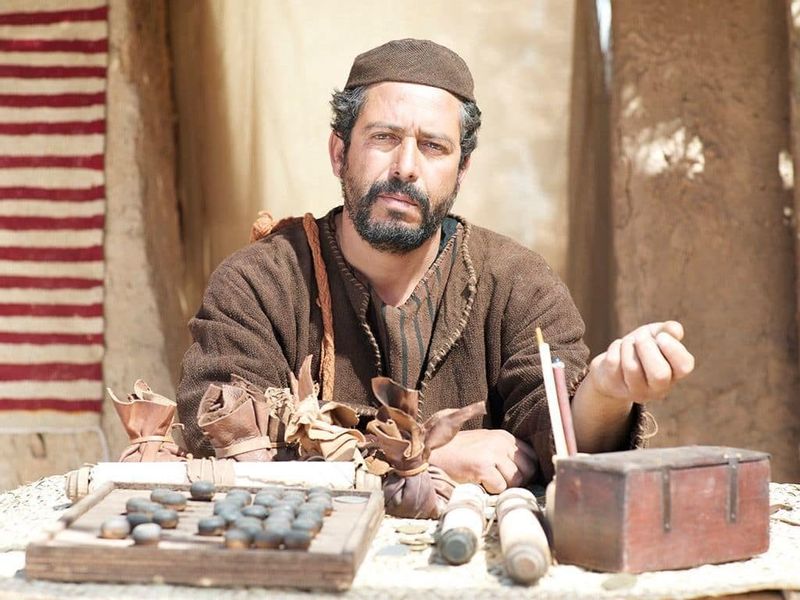 And so this was Christmas! Saviour was born as promised and prophesied. Jesus of Nazareth lived right in the middle of this period and, despite his well-known attachment to the other-worldly, he could hardly have been blind to what was going on.

The Reign of the King:

As prophesied by Isaiah 9:6 “For unto us a child is born, unto us a son is given: and the government shall be upon his shoulder: and his name shall be called Wonderful, Counsellor, The mighty God, The everlasting Father, The Prince of Peace”. And as Luke 1:33 says, “and He will reign over the house of Jacob forever, and His kingdom will have no end.”

And so This is Christmas!

Can we not identify our current political and economic situation with the times Christ was born? Certainly, we can! Our political situation today is at an all-time low. It’s a total chaos and people are totally confused. The rival dynasties are at our doorsteps to establish their own empire. People are being bought, coerced, lured, and even sabotaged. Political poaching is at high speed. Deceit and lies are abundant in the roadside hoardings, newspapers and social media. ‘Herod types’ are still being projected using social causes and followed for selfish considerations. Pre-pandemic we were economically battered by demonetization, GST taxation and privatization policies of our government. Post-pandemic we are haunted by Joblessness, selling of our land rights and state debts hidden under the veil of freebies being thrown like crumbs at us. Add to that the socio-cultural trading we are caught up in. 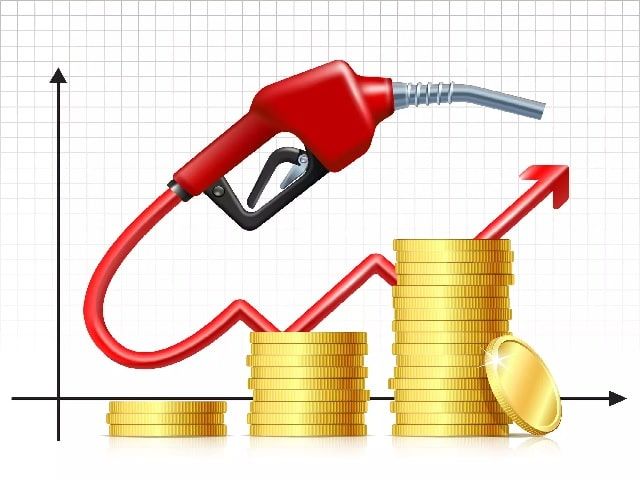 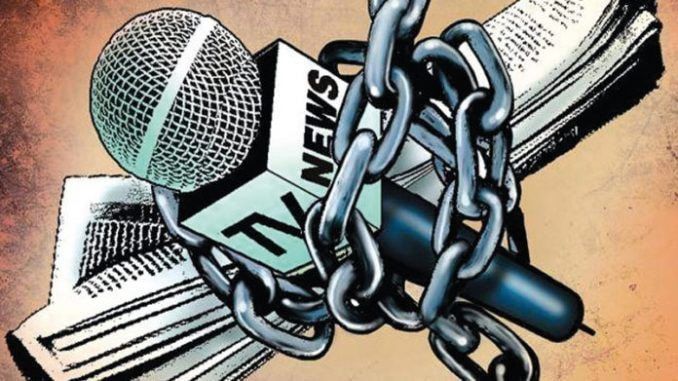 And so This is Christmas! All the people, irrespective of the faith we profess or religion we follow, irrespective of our political affiliations and economic position we are awaiting Our Saviour to come and save us as our spirit groans within us ‘Come Lord Jesus’. Bring us Peace and Tranquillity, teach us Love and Service, grant us Joy and Happiness, Free us from the slavery of sin and selfishness. Let the Messiah be born in our politics and economics and restore our socio cultural Paradise. Let Immanuel reign in our hearts and homes.

A Blessed Christmas to one and All!